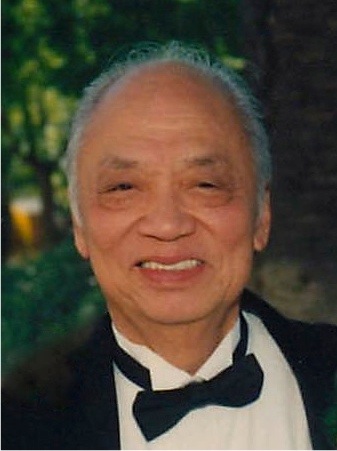 Bing' passed away peacefully, with his family at his side, in San Leandro on Jan. 24, 2013. He owned Confucius restaurant in Oakland from 1965-1981 and then went on to own Castro Gardens in Castro Valley that then became Dino's, he owned and operated it for 25 years. He is survived by his wife, Zhi Ling Chen, his sons Daniel, David (Virginia) and Gary (Bobbie), and daughters Patricia (Bruce) and Betty (Tito), his grandchildren Jamie, Alicia, Ryan, Brittney, Brooke, Brianna, Michael, Sara and his 11 siblings. A funeral service will be held at Berge-Pappas-Smith Chapel of the Angels 40842 Fremont, California 94538, on Saturday, February 2, 2013, at 11:00 a.m. Burial will follow at Lone Tree Cemetery in Hayward.