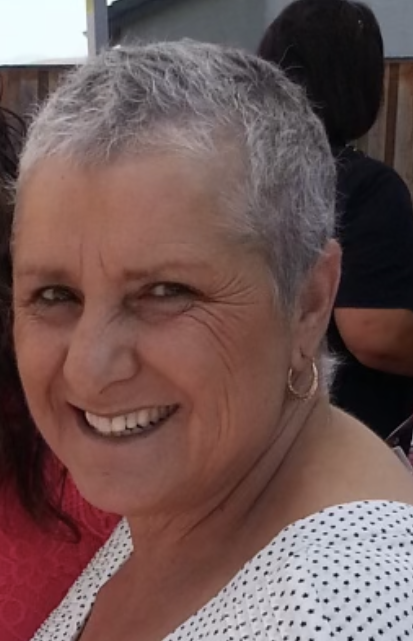 Phyllis Sequeira Sousa, age 67, passed away with her family by her side on September 22, 2021 after a valiant seven year battle with cancer. She was born October 22, 1953 in Madeira, Portugal to Jose and Anita Silva. She is survived by her two daughters, Angela and Amie, and three grandchildren, Jonathan, Jacob, and Sierra. Phyllis had three sisters and two brothers. She was preceded in death by her brother, Joe.  In addition, Phyllis was loved by many nieces, nephews, aunts, uncles, and cousins. Phyllis came to the United States at the age of 8. She did not speak English but was determined to create her version of the American Dream. Phyllis was a hardworking businesswoman who ran a landscaping business. She also invested in real estate around the Bay Area and Portugal.  Phyllis was a shining example of a woman who persevered through hard times and created a life built on resilience and intelligence. Phyllis never forgot her roots and was a proud member of the Alvarado Portuguese Hall. During her sickness and fight for life, Phyllis leaned on her Catholic faith to give her strength and grace. Phyllis’s will for life came from the love she had for her family and friends.

Phyllis was a dedicated mother first and foremost. She treasured her children and embraced every moment with them. She especially loved her role as grandmother. The pride she felt for her family was unwavering. She had a vivacious personality and could always be found laughing with the people she loved the most. She made friends everywhere she went and left a lifelong impact on the people around her. Her favorite things to do were to be with her family and friends. An avid traveler, she enjoyed exploring the world around her. One of her most loved places was close to home, Half Moon Bay. She loved to enjoy her favorite clam chowder soup from Barbara’s Fishtrap while taking in the soothing sounds of the ocean.

The force that was Phyllis may have left this earth but her immeasurable spirit will continue to live on in the hearts of those who knew her. Phyllis’s life will be honored on Tuesday, September 28, 2021. The viewing will be at 9:30am followed by the rosary at 10:30am at the Chapel of Angles, 40842 Fremont Blvd, Fremont. The 12:30pm Catholic Mass will be held at the St. Joseph Catholic Church in Fremont.  Her body will be laid to rest at 2:30pm at Holy Sepulchre in Hayward.