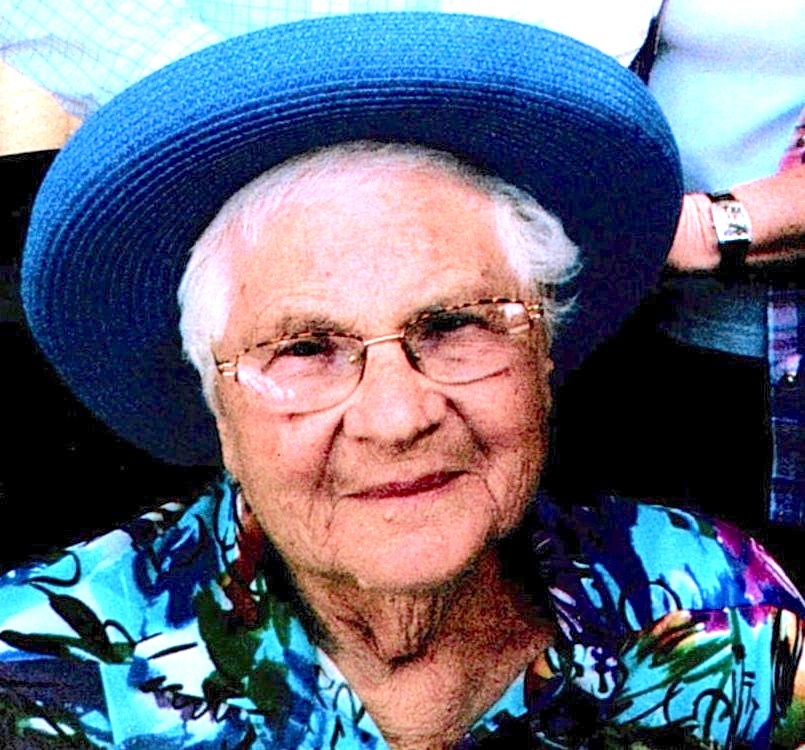 Regena Anita Schneider Dennie Dec 15, 1930 to Sept 12, 2014 A resident of Mission San Jose all her life, Regena Anita Schneider Dennie passed away peacefully from complications of cancer on 9/12/2014. Her family was by her side. Regena had lived most of her life in the same house, was a good neighbor who had deep roots in the community and was an active participant in many local organizations. Regena was born at the Silva Maternity home on Dec 15, 1930 in Niles, Calif. Her parents Alois Schneider and Maria Wiest Schneider emigrated from Germany in the 1920s. She grew up in Mission San Jose and graduated from Washington Union High School as did her younger siblings Cecilia, Carl, and Rosemarie. She married Leo Robert Dennie in 1954 and had 2 children, Patricia Ann and Susan Marie, who predeceased her mother 2008. After her husband, Leo, passed away in 1963 Regena started work at Sears and Roebuck Co. at the Fremont Hub and retired after 35 years. Regena played the organ at St. Joseph's Catholic Church. She was deeply involved in local history and worked hard for the Committee to Restore Mission San Jose and was active as a docent at the old mission where she conducted tours. She also helped establish the Museum of Local History and gave tours to 3rd grade classes. Regena was a member of the Washington Township Historical Society and AARP. Her love of history got her involved playing the pump organ at the Patterson House (She had 'groupies'). She was a faithful member of the Catholic Daughters of America (Court Father Francisco DeLasuen, No 1508) and was presented with her 65 year pin in April 2014. Regena got the ball rolling for the National Night Out LeMarc St neighborhood get-together which has been declared to be one of the best parties in Fremont. Regena was a positive force in the lives of her 3 grandchildren, Lindsey Schuck, Robert Lacy, and Cameron Sherman - helping out at school, with homework, and taking care of them during school holidays. Regena had a loving heart, a ready smile, and a ready hand. She taught her two girls that if you want something done ask a busy woman. So it is not surprising that if you needed a rocky road cake or brownies for a bake sale, a ride to a doctor appointment, or even a pint of blood she was there for you. Regena loved her garden, daily Mass, meals out with friends, and day trips with her family. Regena is survived by her daughter, Patricia, who called her mom her 'She-ro'. Her grandchildren and younger siblings Cecilia Costa, Carl Schneider, and Rosemarie Olsen, their spouses, and all her wonderful nephews, nieces, great nephews and great nieces. She will be terribly missed by them and all her many friends. A celebration of her life will be held 11 AM Friday, September 26th at St. Joseph Catholic Church. In lieu of flowers, donations may be made to the Sisters of the Holy Family, The Domincan Sisters, the Museum of Local History, or Cancer Research.