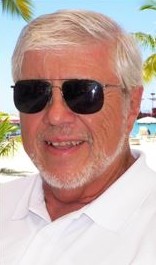 Richard John Bogisich lost a courageous, four-year battle to cancer on August 21, 2017. He was proud to be a native San Franciscan and was born there on April 7, 1938. His father John Bogisich immigrated from Croatia and his mother Pearl Tomasich was born here to parents who originated from the same region in Dubrovnik. Rich graduated from Riordan High School in San Francisco and then went on to earn his Bachelor of Science Degree in Mechanical Engineering at San Jose State University. Rich is survived by his wife Sandra Bogisich and his three children and their spouses, Karen and Jeff Oliphant, Laura and Daryl Coon and Raymond and Lori Bogisich. He was immensely proud of his grandchildren Sean and his wife Mandi, Rebecca, Renee, Cameron and his wife Mariah, Christopher, Allison and Alex and his great-grandson Mason. He also leaves behind his niece Janice Ortelle and nephew Nick Liuzzi and their families. A lifelong resident of the Bay Area, Rich worked as an engineer and manager for General Electric Co. from 1965 until his retirement in 1998. Rich lived on the same Fremont street with many of the same neighbors for the past 45 years. Rich was known for his knack for fixing just about anything and family members have been gifted pieces of his woodworking that came about through his love of drafting and design. After retirement he spent time with friends in Discovery Bay where he enjoyed boating and playing penny poker and dominoes. His family is grateful to those who cared for and supported Rich throughout his illness. In lieu of flowers, please consider a donation to the American Cancer Society. Remembrances about Rich may be shared at the following memorial site www.bergepappassmith.com. Services will be private.