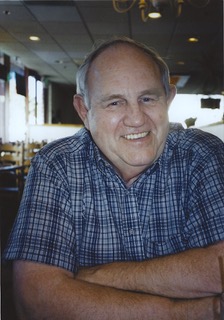 Robert “Bob” R. Westerhoff, 86, passed away on October 30, 2021, at his longtime family home in Fremont, California.  Born on July 13, 1935 to Jacob and Leona Westerhoff. Bob was a hardworking and adventurous child.

After graduating from High School Bob enlisted in the Air Force and served in Okinawa returning to marry the love of his life and high school sweetheart, Dorothy Sloan.  Robert’s next path was serving in the Military as a Chaplain achieving the rank of Commander before discharge with 30 years of service. The couple celebrated 65 years of marriage in October of this year.

While serving in the Military Bob found his true calling in life, becoming a Pastor.   During 52 years of being a Lutheran Pastor, his limitless compassion touched a countless number of lives.   Generations of families will long tell the tales of Pastor Bob and how he exemplified the message of “Live Generously”!

In addition to his parents, he was predeceased by his son, John.  Surviving with his wife, Dorothy, are his son, Scott and daughter-in-law Julia; Daughter-in-law Cindy; Son David and daughter-in-law, Terry; daughter, Kristin and son-in-law, Tony; 9 grandchildren, Lacey, Bethany, Lisa, Thomas, Jacob, Rachel, David, Cade and Haley; 7 great-grandchildren, Claire, Maximus, Austin, Logan, Edward, David, and April; one brother, Paul and his wife, Pauline and two sisters Dee and Eileen; along with many nieces and nephews.

A Celebration of Life both in-person and Zoom will be held on:

See www.hrlc-newark.org for instructions to join the Zoom Meeting.