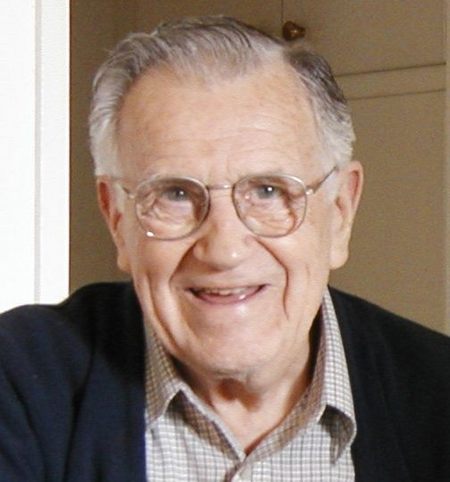 Roy Zepp August 20, 1916 - October 26, 2013 Resident of Fremont, California Roy Zepp passed away peacefully in Livermore, California at the age of 97 with his two adoring daughters by his side. Born August 20, 1916 in Detroit, Michigan, to Arthur Zepp and Blanche (nee) McVay, and raised in Milwaukee, Wisconsin. As a young boy Roy lived from time to time with his devoted aunt, Emma Zepp Fox of Brookfield, Wisconsin. Roy served in the Army Air Corps as a Communications Technician with the Fifth Fighter Squadron during World War II. He served in England, Algeria, Tunisia, Sicily, Corsica, and Italy from May, 1941 to May, 1945, achieving the rank of Technical Sergeant. Roy was awarded one silver and two bronze battle stars. He was proud of his wartime service, attended reunions and shared many stories of his travels and adventures. He never forgot the bravery of those who served on the front lines. After his return from the war, he married Constance V. Sinagra on July 21, 1947 in Milwaukee, Wisconsin. In 1957 the family relocated to California where they resided in San Leandro before moving to Fremont in 1963. Roy was a self-made man and found work in what interested him: radios, televisions, and later the first television video recorders. After settling in California, he worked for RCA, and then for many years as an electronic technician for Ampex Corporation in Redwood City. He completed his career at International Video Corporation in Sunnyvale, retiring in 1981. Roy was an avid photographer of family events. His family is fortunate to have a treasure trove of films, photographs, audio recordings and videotapes. He was also a handyman and craftsman extraordinaire, having the ability to troubleshoot, repair and construct almost anything. Those who knew Roy would describe him as a quiet man, yet he surprised many with his quick wit. His unexpectedly clever comments were always followed by a sly smile. He was a loving and devoted husband, father, and uncle. Roy is survived by his two daughters, Josephine Zepp of San Ramon and Christine Schlies (Christopher) of Livermore, and two grandsons, Joseph Schlies and Dominic Schlies. He will be missed by his numerous nieces and nephews. Roy was preceded in death by his loving wife of 51 years, Constance V. Zepp (1997). Service to be held Friday, November 1, 2013 at 10:30 a.m. at Berge-Pappas-Smith Chapel of the Angels, 40842 Fremont Blvd., Fremont, California. Visitation 9:00 a.m. - 10:30 a.m. Interment immediately following at Holy Sepulcher Cemetery, 1051 Harder Rd., Hayward, California. Donations in lieu of flowers may be made to Vision Forward Association, 912 N. Hawley Road, Milwaukee, Wisconsin, 53213.