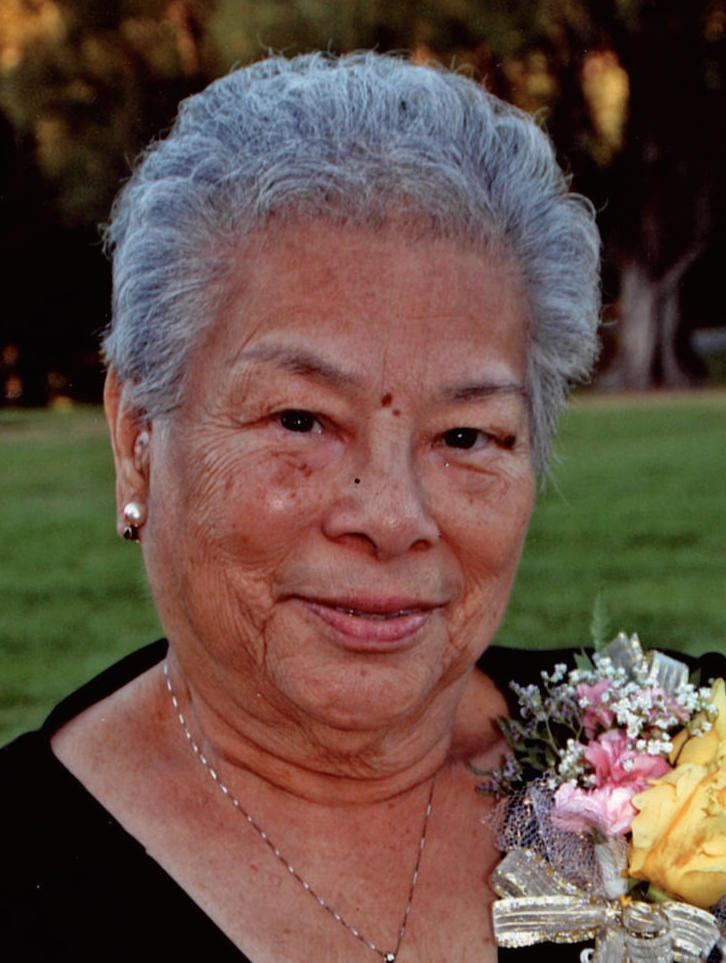 Sarah Mary Galvan, 88, recently of Hayward and formerly of Fremont, California, passed away on Friday, November 11, 2016. Born on February 22, 1928, in Lemoore, Texas, she was the daughter of Miguel and Lenora Rosales. She was predeceased by her husband of 65 years, Felipe 'Phil' Galvan. She is survived by one daughter Eleanor Galvan and two sons, Michael Galvan and Andrew Galvan; four grandchildren, Desiree, Richard, Jessica and Phillip; eleven great grandchildren, Sarah, James, Samantha, Jenna Rose, Mariah, Cedric Jr., Adeline, Michael, Phillip Jr., Andrew and Santos; and two great-great grandchildren, Amaya and Sophia; a sister-in-law Dolores Galvan Lameria, and a brother-in-law Hank Alvarez. As a child, Sarah traveled in a covered wagon with her parents from Texas to Central California; at that time her father was employed by the Railroad. They settled in Oakley where Sarah is survived by members of her mother's family. After her 1947 marriage to Phil Galvan, they moved to Brentwood. There she raised her children until the family moved to Fremont in 1966. At Immaculate Heart of Mary Church in Brentwood and later at Santa Paula Parish in Fremont, Sarah was a Religious Educator for school children. The Sisters of the Holy Family from June 1973 employed Sarah until her retirement in May 2005. Sarah began her employment with the Sisters as part of the College maintenance staff, soon after she became a housekeeper in the Sisters Infirmary. Sarah's husband Phil also worked for the Sisters as the primary caretaker of the Motherhouse property. Sarah and Phil, and their son, Andy, became Associates of the Sisters of the Holy Family many years ago, and continued to remain strongly dedicated to the Sisters through their Associate Covenants. Although Sarah retired May 2005, she remained a familiar face around the Motherhouse. The Sisters have expressed their thanks to Sarah and her family, for her many years of service and dedication to their religious community. On Friday, November 18, 2016, Visitation will begin at 7:00pm, followed by a Vigil Service at 8:00pm at Saint Joseph Church, 43148 Mission Boulevard, Fremont, California. A Mass of Christian Burial will be celebrated at 1:30pm on Saturday, November 19, 2016, also at Saint Joseph Church. Sarah will be buried with her husband Phil at The Ohlones Indian Cemetery in the Mission San Jose District of the City of Fremont, 1401 Washington Blvd, Fremont. In lieu of flowers, remembrances should be made to The Sisters of The Holy Family, 159 Washington Boulevard, Fremont, California.