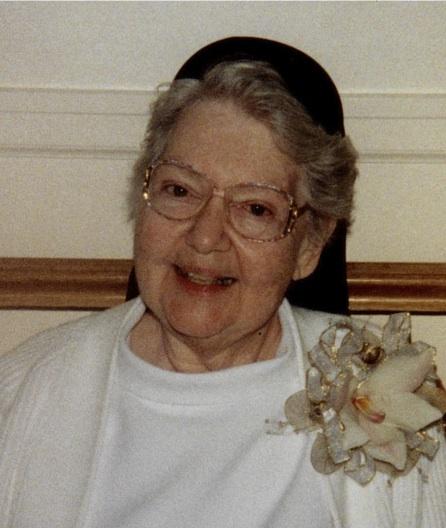 Sister Allyne Ayres (Alan) died on Monday, December 31, 2012 at Saint Martin's Residence at the Dominican Sisters Motherhouse in Fremont. She was 84 years old. Born on January 28, 1928 in San Francisco, California, she was a Dominican Sister for 63 years. Her principal active ministry was elementary education which brought her to the following schools: Saint Anthony School, San Francisco; Saint Nicholas School, Los Altos; Saint Joseph School, Fremont where she was the founding principal; Immaculate Conception School, San Francisco; Saint Mary's School, Ukiah where she served as principal; the School of the Madeleine, Berkeley also as principal. From 1992 to 1997 Sister Allyne served in detention ministry from her assignments to Saint Ignatius and Saint Frances X. Cabrini convents, Los Angeles. From 1994 on Sister's principal ministry was the apostolate of prayer. Sister Allyne is survived by two cousins, many friends and the Dominican Sisters of Mission San Jose. The Mass of Christian Burial will be celebrated on Saturday, January 5 at 9:30 a.m. at the Dominican Sisters' chapel, 43326 Mission Boulevard, Fremont, followed immediately by burial in God's Acre, the Dominican Sisters' Cemetery. Memorials may be made to the Dominican Sisters' Retirement Fund or the Mother Pia Backes Education Fund, 43326 Mission Boulevard, Fremont, CA 94539 or the Vision of Hope Fund 1555 – 34th Avenue, Oakland, CA 94612.