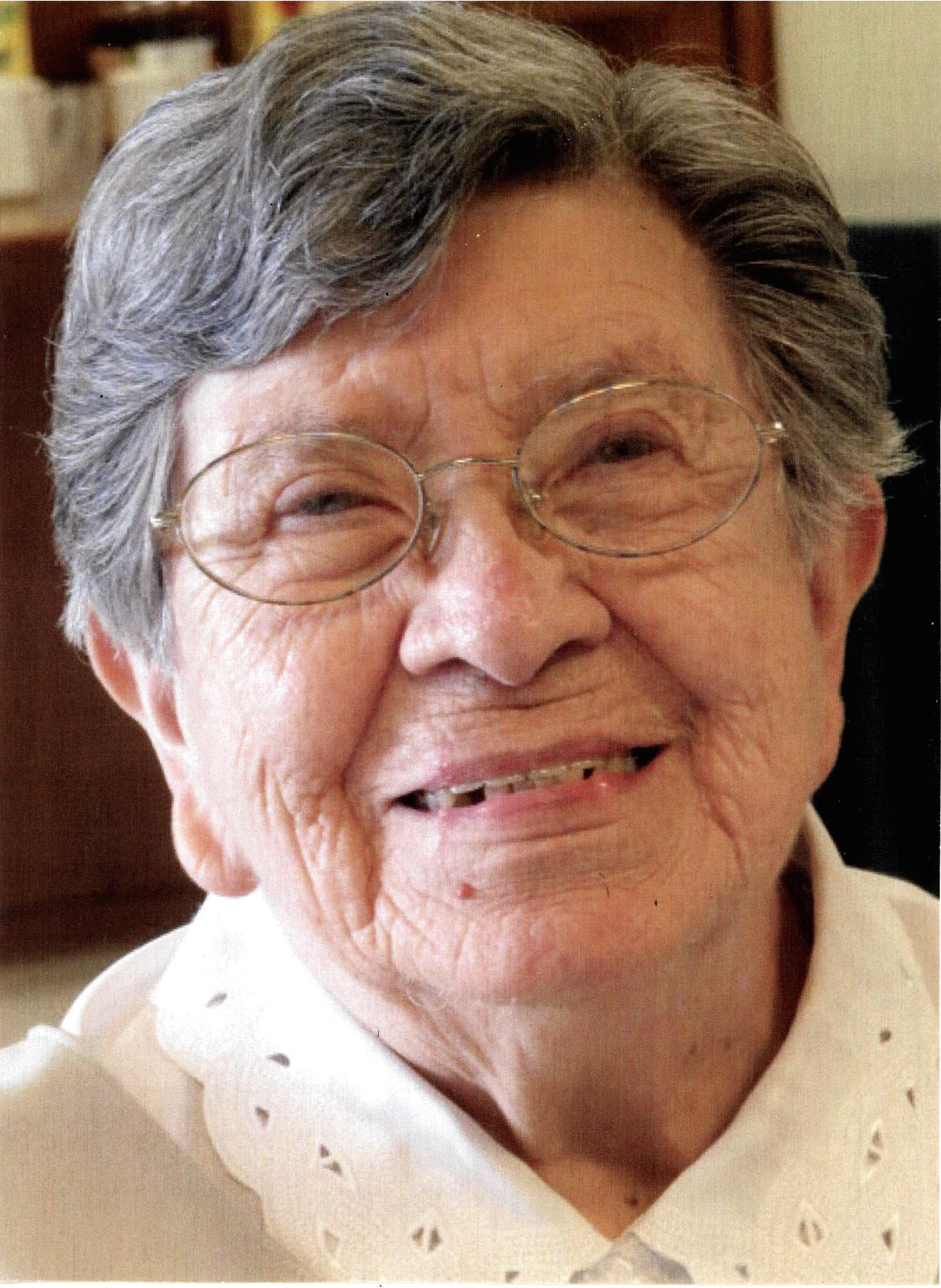 Sister Ancila DeLaO, SHF September 22, 1927—May 7, 2016 Sister Ancila DeLaO, SHF, died at Washington Regional Hospital in Fremont on May 7, 2016 at the age of 88. She was born on September 22, 1927, in Cuba, New Mexico, and entered the Sisters of the Holy Family from St. Mark Parish in Richmond on July 2, 1957, at the age of 29. She served in parishes in California, Hawaii, Texas, Utah and Mexico, and has been living at the Motherhouse for ten years. She was passionately compassionate with the poor, and sought them out wherever she served. In the Care Center, she has had a song in her heart, and frequently on her lips as well, often breaking into 'Que Sera, Sera' or 'Everything Is Beautiful' when something reminded her of either song. When she was not in her room, she would frequently be found in the chapel, either upstairs or downstairs, praying from one of her many books. Her funeral will be celebrated on Tuesday, May 17, at 4:00 pm at the Holy Family Motherhouse in Fremont. Interment will be on Wednesday, May 18, at 11:00 am at Holy Cross Cemetery in Colma. In lieu of flowers, contributions may be sent to the Sisters of the Holy Family, PO Box 3248, Fremont, CA 94539.