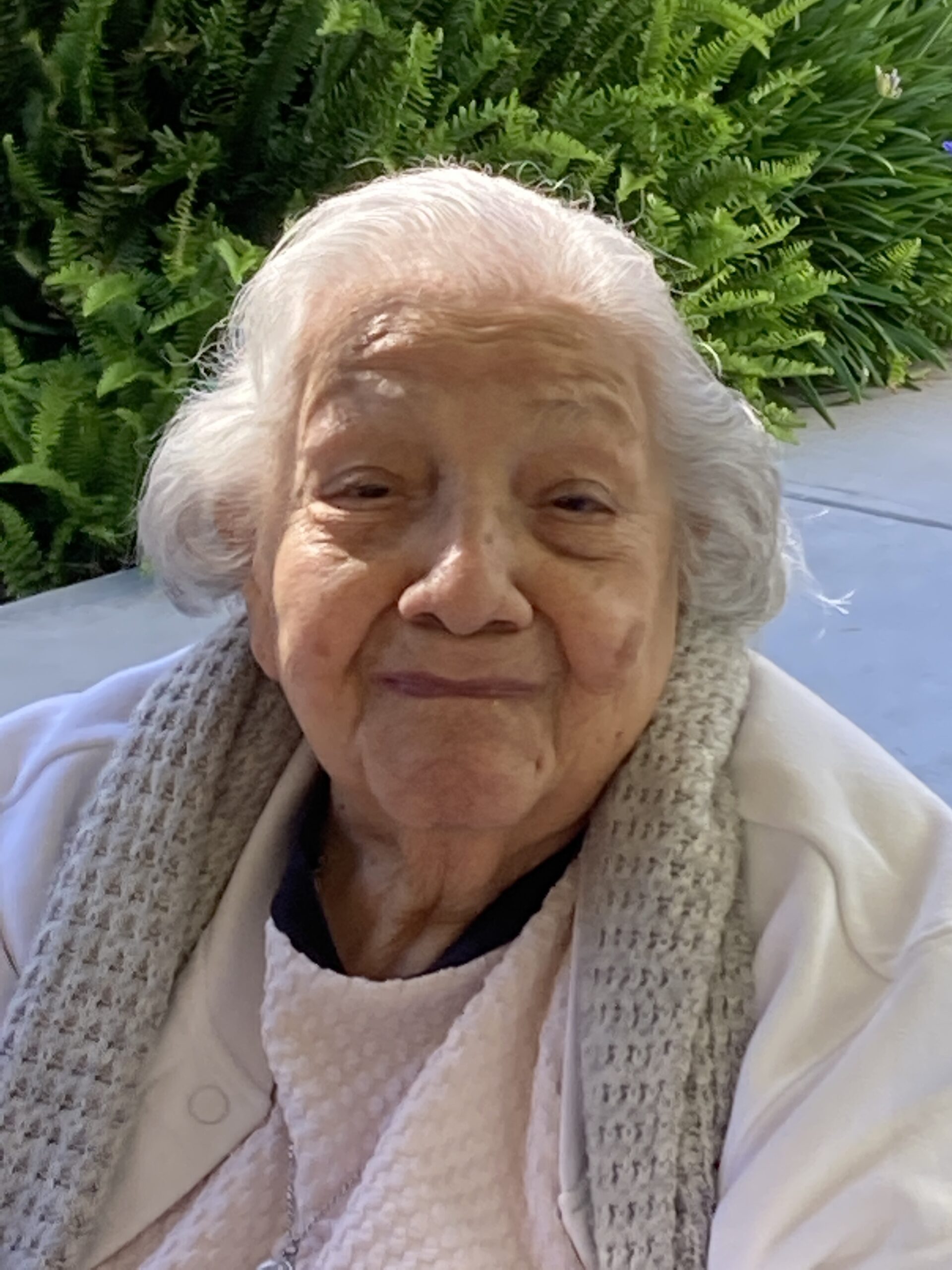 Sister Beatrice Ann Rojas died peacefully on November 12, 2022, at the age of 99. She was born in Los Angeles on July 26, 1923, to Maria Aragon and Leonardo Rojas, and entered the Sisters of the Holy Family from Purissima Parish there on July 2, 1949 at the age of 25.

Sister Beatrice spent most of her years in the Holy Family Sisters working with children and families in religious education programs in parishes throughout California. After her initial formation experiences in many parishes in the Bay Area, Southern California, Capitola and Texas, she was sent to Los Angeles in 1955 where she served for 12 years. From there she went to Fresno and Long Beach, and then back to Los Angeles where she cared for her mother during her illness. After more assignments in Los Angeles and Laton, she was called to care for her sister during her illness. In 2011 she came north to the Motherhouse in Fremont, where she remained until her death.

Sister Beatrice was a “people person,” according to the Sisters who most recently lived with her. While she was rarely getting out of the house and had no formal ministry assignment, she had an extensive telephone ministry, talking at all hours with people who were lonely or troubled. She was very generous with her time and talent, and was always willing to help out with mending or patching. Because of her lengthy ministry experience, she had many stories to tell and was a natural storyteller, funny and intelligent. Activities in Cottage 2 introduced her to a previously undiscovered artistic talent. And her room was so filled with artwork and statues that it looked like a little church. She is greatly missed but her stories and memory live on.

Sister Beatrice’s funeral Mass will be celebrated on Monday, November 28, at 2:00 pm in the Sisters’ Oratory. Burial will take place on Tuesday, November 29 at 11:00 a.m. at Holy Cross Cemetery in Colma; she will be buried with Sister Georgette Roeder, who passed away on October 1, and Sister Anne Schaeffer who died on October 28