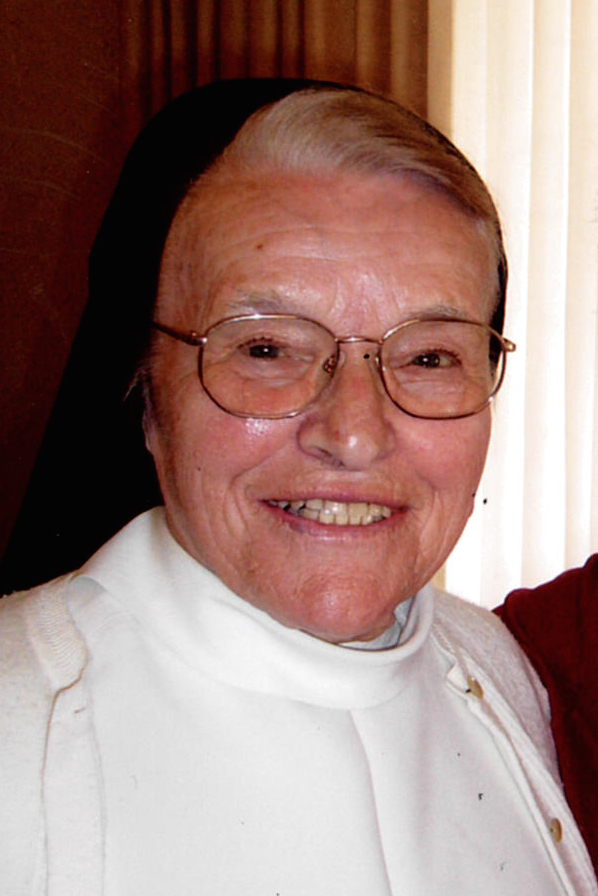 Sister Imelda Loch, a member of the Dominican Sisters of Mission San Jose for 58 years, passed to her eternal reward suddenly in the evening of August 15, 2015, the Feast of the Assumption of Mary. Sister Imelda, baptized Anna, was born to Jacob and Margarete Loch on April 8, 1936 in Pardan, Yugoslavia. Most of her life was spent at Saints Peter and Paul Priory in Altenhohenau, Germany, where she ministered in the boarding school as House Mother. Two years ago, she immigrated to America and lived at the Dominican Sisters Motherhouse in Fremont, California. Sister loved serving breakfast to the homeless at the Irvington Presbyterian Church and making handcrafted items for the Dominican Sisters Holiday Boutique. Sister is survived by her brother, Jacob, nephew, Christian Loch and numerous cousins in Germany and Australia. Mass of the Resurrection was celebrated on August 19 in the Motherhouse Chapel followed by interment in God's Acre on the Motherhouse property.