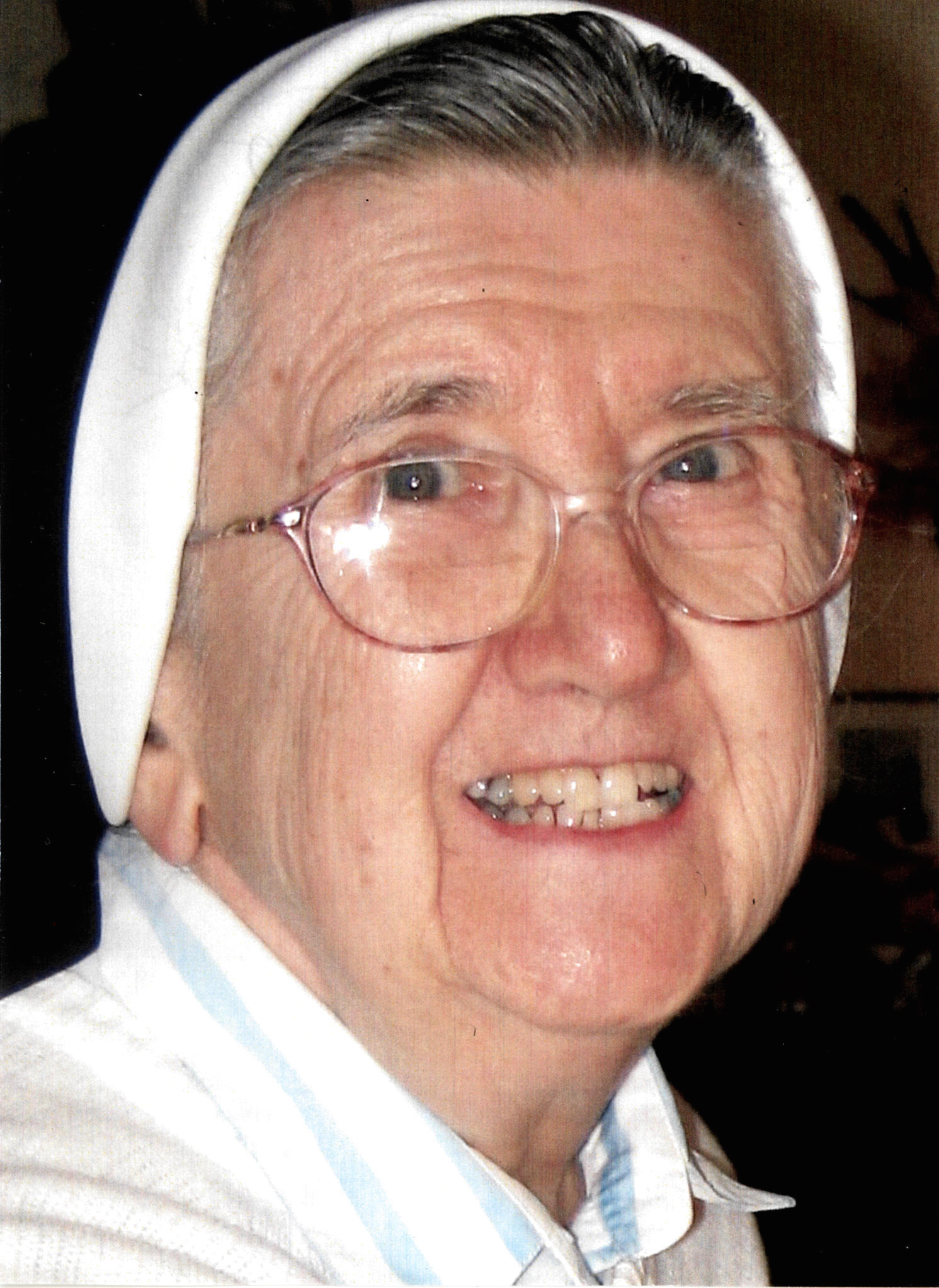 Sister M. Josepha Baumann, SHF August 22, 1920—May 21, 2016 Sister M. Josepha Baumann, SHF, died peacefully at the Motherhouse of the Sisters of the Holy Family in Fremont on May 21, 2016 at the age of 95. She was born on August 22, 1920, in San Francisco, California, and entered the Sisters of the Holy Family from St. Peter's Parish there on July 2, 1940, at the age of 19. Sister Josepha served at first in day homes operated by the Sisters of the Holy Family in San Francisco and Oakland. From 1953 to 1961 she taught religion at various parishes in the diocese of Fresno, and worked in St. Genevieve Chinese Nursery School. Her love of the Chinese people and culture stems from that time, every year she distributed red envelopes to all the Sisters in honor of the Chinese New Year. Later ministries found Sister Josepha in Las Vegas, Reno, Mt. Shasta, and parishes of the Oakland Diocese. She served one year doing visual arts for retreats at the Sisters' House of Prayer in Marin County, and then eleven years coordinating the annual SHF Boutique at the Motherhouse in Fremont. She volunteered from 1989 to 1994 at Callison Day Home in Fremont, and then spent the remainder of her life in community ministry at the Motherhouse. Sister Josepha was proud of her Swiss heritage, and claimed the edelweiss as her favorite flower. She was also an expert at crafting crepe paper flowers that looked fresh enough to be glistening with dew. She was proud of her family, many of whom were doctors, and she deeply felt the loss of her blood sisters. The Mass of Resurrection will be celebrated on Tuesday, May 31, at 4:00 p.m. at the Holy Family Motherhouse in Fremont. Interment will be at Holy Cross Cemetery in Colma on Wednesday morning, June 1, at 11:00. In lieu of flowers, contributions may be sent to the Sisters of the Holy Family, PO Box 3248, Fremont, CA 94539.