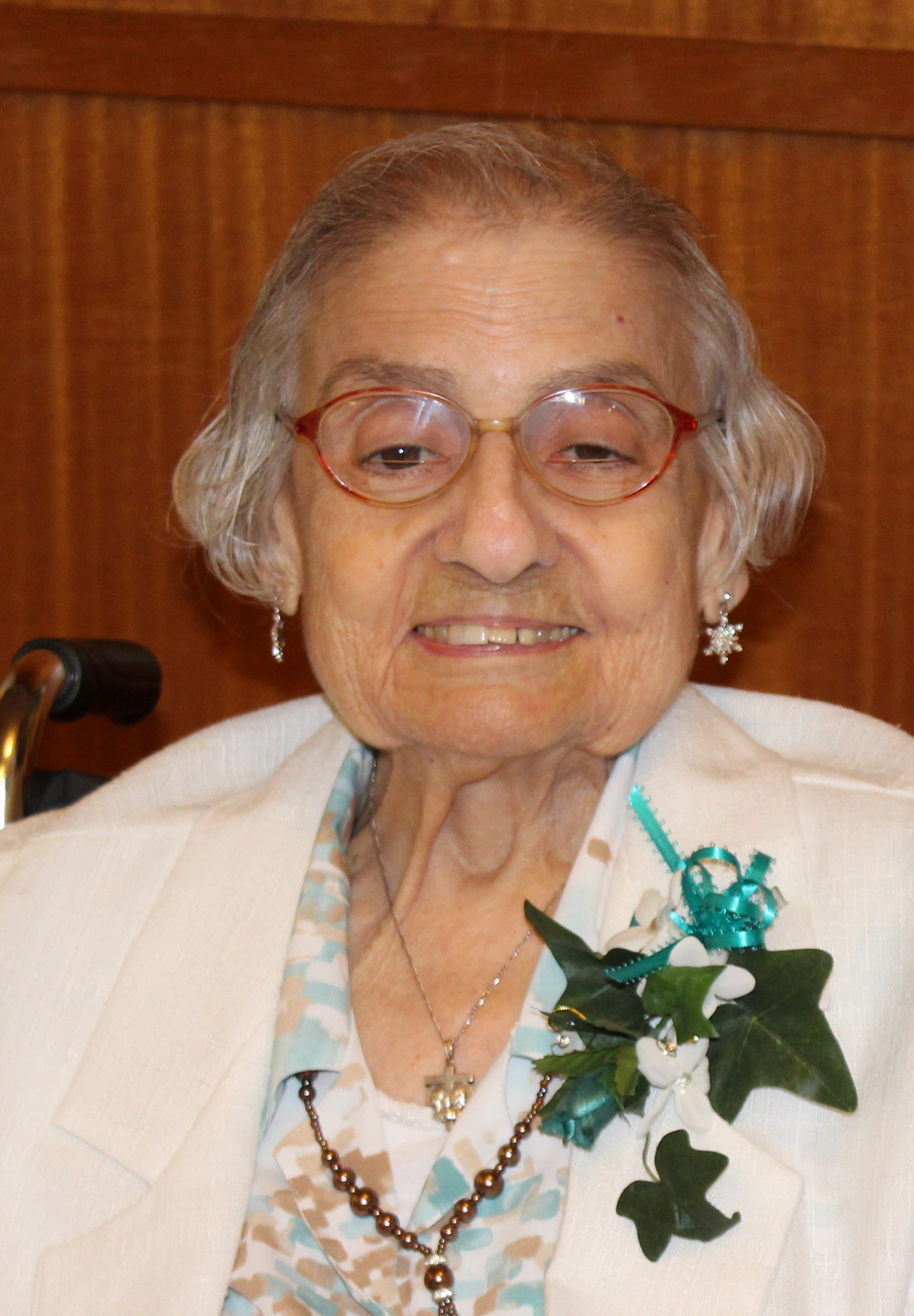 Sister M. Margaret Hakeem, SHF June 10, 1922 – July 13, 2016 Sister M. Margaret Hakeem, SHF, died peacefully at the Motherhouse of the Sisters of the Holy Family in Fremont on July 13, 2016 at the age of 94. She was born Ida Hakeem on June 10, 1922, in Stockton, California, and entered the Sisters of the Holy Family from St. Gertrude Parish there on January 6, 1946, at the age of 23. Her death came just three weeks after she celebrated her 70th Jubilee as a member of the Sisters of the Holy Family. Sister Margaret served as catechist and Director of Religious Education in parishes in San Francisco, Oakland, Los Angeles, and Fresno, until coming to the Motherhouse in Fremont in 1984. She was Director of Religious Education at St. Joseph Parish in Mountain View from 1984 to 1991, and after a year of serving as receptionist at Callison Day Home in Fremont, she began a new career as spiritual director. For the next eighteen years, until health forced her retirement in 2010, she was sought out for her wisdom as spiritual director by men and women in the Fremont area and beyond. Even into her last weeks, people – including Sisters – would seek her advice and counsel in spiritual matters. Known for her sense of humor and her kind heart, Sister Margaret was a popular dispenser of treats in the Sisters' Care Center. She was devoted to her family and kept in touch with them faithfully. The Mass of Resurrection will be celebrated on Tuesday, July 26, at 4:00 p.m. at the Holy Family Motherhouse in Fremont. Interment will follow at a