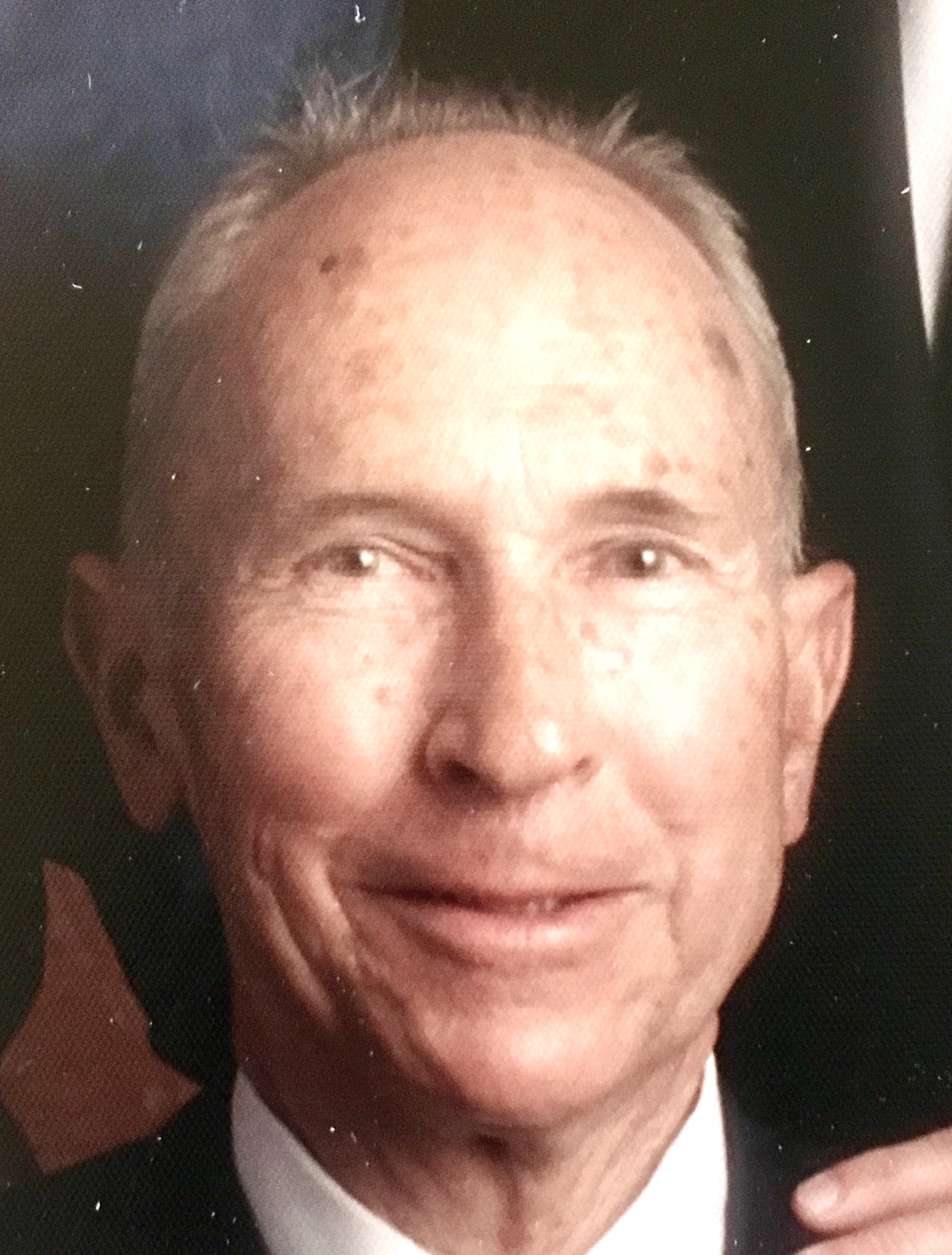 Stewart Crowell Lotz, 90, went to God on Sunday, June 11, at home. He was born in San Jose, California on July 26, 1926, the second child of Walter and Edith Lotz. Stewart was raised in Oakland and graduated valedictorian of the class of 1944, Oakland High School, before enlisting in the Navy. After a year of preflight Stewart attended and graduated from the University of California, Berkeley, where he continued to play his beloved game of baseball. He went on to a career at Peterbilt Motors, working there as a production engineer until retirement in 1991. Stewart married Jane Cecilia Hanley on June 19, 1954, after a courtship that began during summers working at Yosemite National Park. Stewart and Jane raised seven children in Fremont, with Stewart leading them into active involvement at Saint Joseph's Church and School, Mission San Jose. He served as an altar acolyte at 11:00 a.m. Mass at the old Saint Joseph's Church with Monsignor James E. O'Neill, was president of the Men's Club of Saint Joseph's Parish, president of the board of Saint Joseph's School, an instructor in Adult Education classes for those seeking to join the Catholic faith, an instructor in the High School Education program, and a member of the first School Board, Moreau High School, Hayward, California. Music was part of Stewart's life from childhood, a legacy from his mother and father. He played piano and cello throughout his life and began his involvement with Queen of the Holy Rosary School of Music, Dominican Sisters, in 1961. Stewart and Jane sent their seven children to the Dominican Sisters for lessons, with Stewart becoming involved himself as a musician in school productions and playing his cello for many musical shows at Ohlone College and elsewhere. Stewart sang in church choirs as a boy and continued to sing for many years in the church choir at Saint Joseph's Church, Mission San Jose. In later years Stewart shared his musical gift by giving lessons to children. Stewart is survived by his wife of nearly 63 years, Jane; his children Carol Ann, Jane, Stephen, Donald, Mary, Matt and Kelly; grandchildren Nancy, Chrissy, Jenna, David, Amanda and Emily, and great-grandchildren Dylan and Violeta. Stewart is also survived by his sister Carol Wenzel (Bill), son-in-law David Parker, daughters-in-law Cyndee and Kris Lotz, and grandson-in-law Jose Soria Monasterio, as well as many nieces and nephews. A Mass of the Resurrection will take place at St. Joseph's Church, 43148 Mission Boulevard, Fremont, on Thursday, June 15 at 10:30 a.m. The Mass will be preceded by a decade of the Rosary and followed by interment at the old St. Joseph's Cemetery.