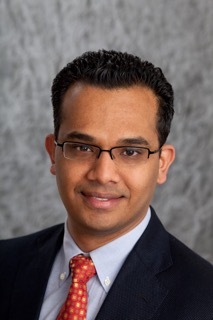 Sumit Agnihotry, 38, passed away on September 8, 2015 in Fremont, California. He died at his home with his family by his side. Funeral services will be held on September 12, 2015 at Berge-Pappas-Smith Chapel Of Angels, Fremont, California. Sumit was born on August 21, 1977 in New Delhi, India to Arun and Beena Agnihotry. His father was a Mechanical Engineer. His mother was a homemaker. They moved to the United States in 1992. He graduated from Chatsworth High School in 1995. In 1997 he moved to San Jose, California. In 1998, he started working for Acer America. He had been working with Acer ever since. He was a die-hard Lakers fan and he spent much of his spare time playing basketball with his two boys. He devoted much of his time providing for his family. His dream was to retire in Montana on a large ranch with his wife and as many German Shepherds as he could handle. Mr. Agnihotry is survived by his wife Shanshan Sun, two sons Joshua Timothy and Dylan Forrest; his parents Arun and Beena Agnihotry; his in-laws Yongbin Sun and Lian Li, brother Amit, his family; sister Ruchy and her family.