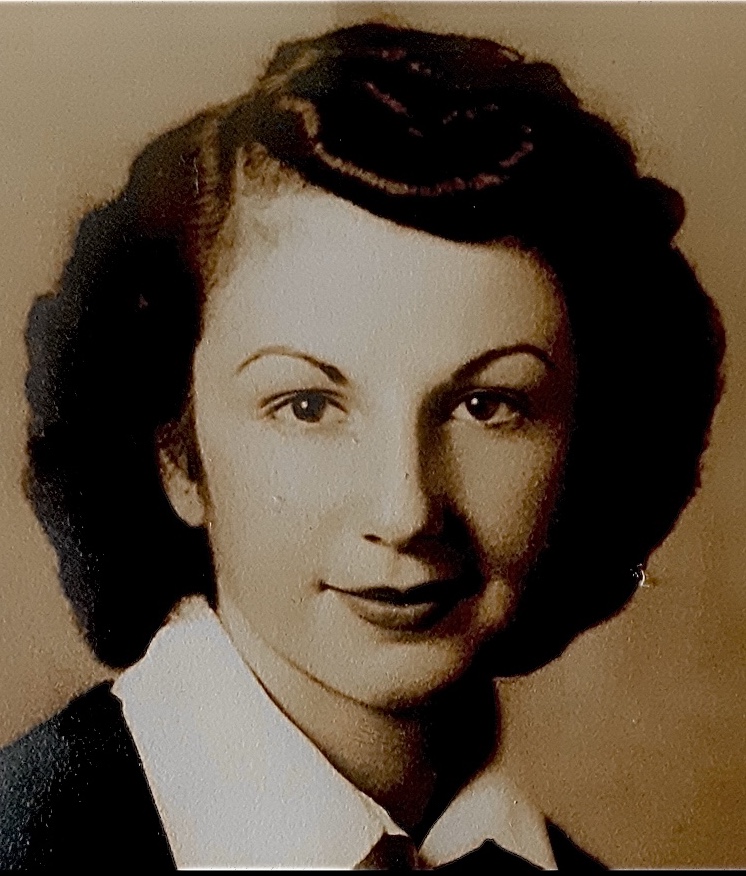 It is with heavy hearts that we say goodbye to our beloved and cherished mother, grandmother and great grandmother. Thelma died peacefully on Saturday morning, July 31, 2021 in Hayward at the age of 100.

She was the third of six children born to John A. Freitas and Catherine L. (Medeiros) Freitas. She was born at their family home in Newark. She was a lifelong resident of Newark as well as a lifelong member of St. Edward’s Church where she was the first baby baptized when St. Edward’s became a parish.

Thelma attended Newark Grammar School and graduated from Washington Union High School in Fremont (Centerville) with the Class of 1938. That summer Thelma was honored to be named Queen for the Portuguese Holy Ghost Festival.

Shortly before graduation, she met Cecil McNieve at a dance. They dated and later married on November 19, 1939 at St. Edward’s Church. Cecil served his country during World War II in the U.S. Army. After he returned home in 1945, they welcomed daughters Deborah and Melanie. After their marriage ended in 1954, Thelma went on to raise her two daughters and continued to work for the Newark Post Office.

Thelma began working at the Newark Post Office in 1943 as a window clerk. In her own words she had written, “Thelma was very proud to have been employed by the U.S. Post Office and was happy to have served the good people of Newark for 33 years.” Prior to the post office she worked at Booth Cannery in Fremont (Centerville).

In 1957 a new employee named Jack Gonsalves transferred from the San Leandro Post Office to Newark. His job was to set up city delivery for Newark. As time went on the two of them dated and married on October 24, 1965. Jack and Thelma both retired from the post office on December 31, 1976.

Thelma wasn’t much of a traveler, but she would talk of the trips to Watsonville to camp and go clamming with her parents and siblings as children. Later she and Jack would join Debbie, Ed and their family on occasional camping trips to Pinecrest. Thelma and Jack did travel to Hawaii and loved going to the casinos in Lake Tahoe and Reno. Thelma could sit for hours playing Keno. After Jack’s death in 2002 she and Debbie would take bus trips or Drive to Reno for a few Days.

Thelma was an avid gardener, loved reading, dancing, watching game shows, attending craft shows, and buying lottery tickets. She enjoyed her linguica and yams, sopas, and she loved desserts but her favorite was ice cream.

Thelma had a strong faith and positive attitude. She was generous, kind-hearted, loyal and compassionate.

Thelma is survived by her loving and devoted daughter Deborah Farrens. Her cherished grandchildren Brad Farrens, Michelle Brooks, and Susan Farrens. Her adored great-grandchildren Kaitlyn Brooks and Trevor Farrens and her loving sister-in-law Esther Freitas. Also survived by her step-son Wayne Gonsalves and his family, step-grandson Gary Gonsalves and his family and daughter-in-law Kathleen Gonsalves. Seventeen Nephews and nieces; many great nephews and great nieces along with their children.

In Lieu of flowers, memorial donations in Thelma’s memory may be made to Alzheimer’s Disease Research, 22512 Gateway Center Dr., Clarksburg, MD 20871.