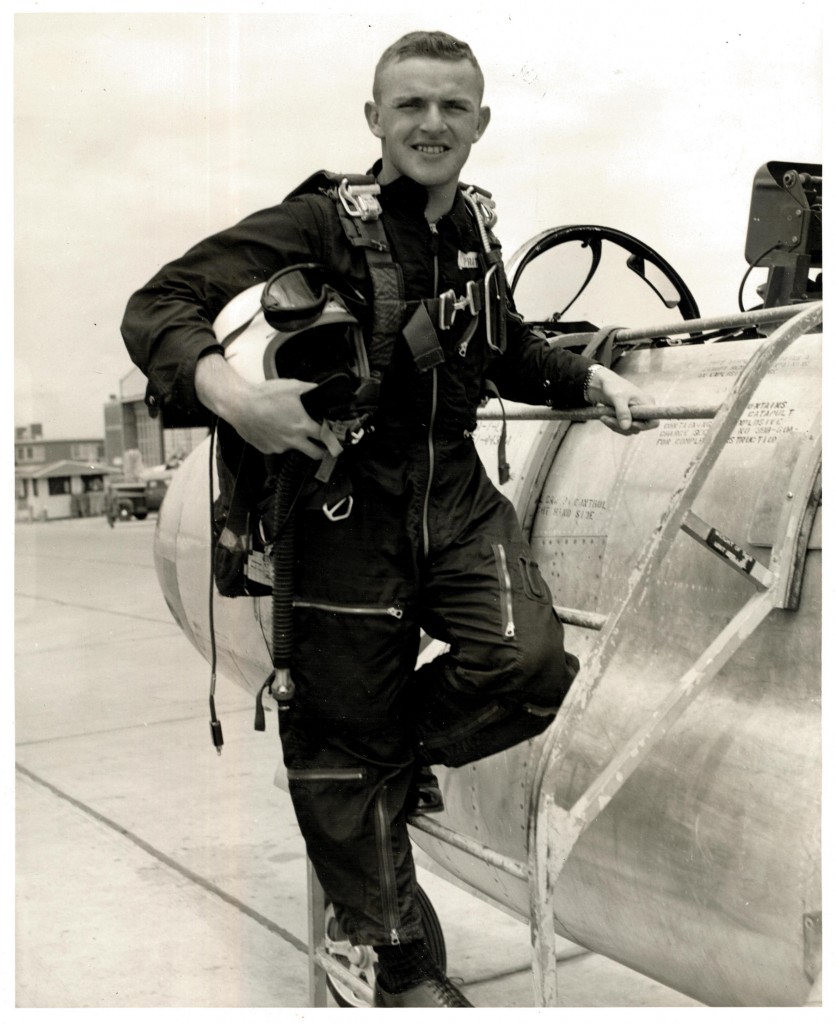 Thomas D. Pratt died peacefully in the company of his family. Tom was born in Sacramento, California, the son of Newton and Virginia O’Brien Pratt. He is survived by his wife, Claire, sons Kevin and Kelly, and grandchildren Matthew, Aaron, and Sydney. Tom attended primary, middle and high schools in Sacramento. He attended college at the University of California Berkeley where he was also a member of Phi Gamma Delta Fraternity. He later attended graduate school at Sacramento State and San Jose State University. Tom enlisted in the U.S. Air Force in 1951 and served 5+ years during the Korean War. He became a fighter pilot in the Air Defense Command on Cape Cod and one of the first 100 pilots to break the speed of sound. While on Cape Cod, Tom met the love of his life, Claire Tremblay. Tom served in active duty from 1951 through 1956, he served in the USAF Reserve until 1981, and retired as a Lt Colonel. Tom worked in personnel management and labor relations with a consulting firm before joining the City of San Jose as the Chief of Employee Services. He later became the Personnel and Labor Relations Director for the City of Fremont where he finished his career there after 18 years. He was the president of three personnel management organizations where he collaborated with other personnel directors across the state of California. Tom also served on boards of several charity groups in San Jose. After retirement in 1990, Tom and Claire traveled extensively to Europe, Australia, and the Pacific Islands. Throughout his long commitment to the Air Force and the USAF Reserve he also was able to travel to foreign locations. Tom and Claire spent a great deal of time on the tennis courts and Tom indulged his love of golf at the Castlewood Country Club in Pleasanton. They both shared many happy days with Claire’s family in New England, USAF Reunions, and wonderful neighbors with whom they shared many great times and to whom Tom owes many thanks.