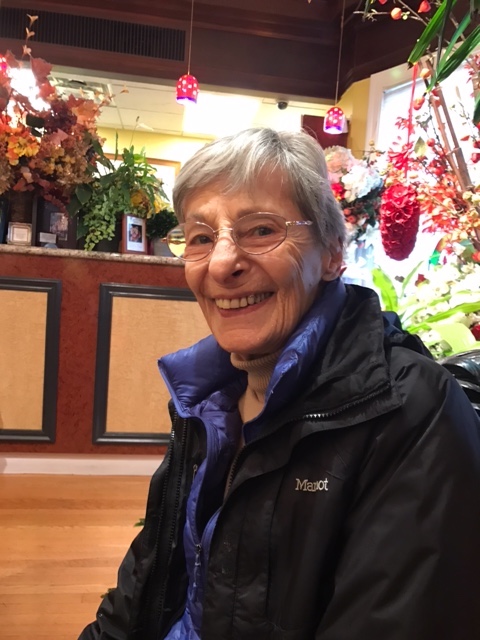 Virginia C. Cado passed away on January 18, 2021 at her home where her children were caring for her. She was born on August 19,1927 in the small Southern Illinois farming town of Mt. Carmel to Herman A. Steckler and Louisa R. (Trapp) Steckler. She grew up on a farm and attended the one room school house which alternated with St. Mary’s Catholic School every other year. She graduated from Mt. Carmel High School in 1945. Shortly after graduation she moved to Chicago when she was recruited to sell War Bonds. She furthered her education in Chicago by attending secretarial school. She lived in a girls boarding house and enjoyed life in the big city, especially dancing at the Aragon, Trianon and Savoy Ballrooms. She met her husband, Erwin E. Cado, while attending a dance. They were married in September 1947 and lived in Chicago until 1957 when they moved to the suburb of Northbrook. “Erv” passed away in January 1979. Virginia relocated to Fremont, CA in 1985, resided in Alameda, CA  from 1998 – 2019, and returned to Fermont in 2019.
Virginia loved to travel. She enjoyed sailing and cruising the Caribbean, trips to Mexico, France, Italy, Switzerland, Germany, Scotland, England, Ireland, Canada,  as well as most of the United States. Since the 1960’s she was very health conscious and had her own library of  books for alternative healing, herbal remedies and vitamins, as well as books on how to keep one’s mind and body healthy. She was a wealth of knowledge and her intuition was like no other! She exercised all her life and joined a hiking group in her early 70’s. She hiked in the redwoods and along the beaches into her  80’s. She was an avid Dixieland Jazz fan from her days in Chicago and up until her death having attended countless festivals across the U.S as well as internationally.
Virginia had various jobs during her life. After WWII ended she was a secretary until her marriage. She was a stay-at-home mom from 1948 – 1980 and ran a home daycare center while raising her 2 youngest children. She had a very caring, compassionate and giving nature so her next job as a caregiver for cancer patients came naturally for her. She created lifelong bonds with the families of the people she cared for throughout her life. Virginia managed the Diet House, a nutrition and vitamin store, in Highland Park, IL until she moved to California. Once there, she worked at various stores as a product demonstrator and also as a caregiver. She loved interacting with and caring for people!
She will be remembered for being “the best mom in the whole world” as her children often told her. Virginia had a quick wit, fun-filled spirit and loved to joke around. She was a delight to be around as she was loving, kind, caring and sweet. She touched so very many lives in her 93 year journey on earth and is admired and loved by many.
Virginia will be deeply missed by her son Erwin (Evie) of Anacortes, WA, Ken (Doug) of Vancouver, B.C., son-in-law Kevin Ashton of Littleton, CO, Karen (Patrick) Dutrow of Fremont, & Jennifer Cado of Fremont. Cherished memories are kept by her grandchildren Kyle Ashton, (Amber), Crystal Ashton (Katy), Christopher Dutrow (Sheila), Alicia Dutrow (Patrick), Kimberly Dutrow (Brendan), and Edison, her grand-dog. She leaves behind many nieces, nephews, and dear life-long friends. She was predeceased by her parents Herman and Louisa Steckler, brother Sylvester, newborn son Keith, husband Erwin Cado, daughter Cathy “GiGi” Ashton, brothers Herman “Bud” Steckler, Robert Steckler, Norman Steckler and sister Louise (Steckler) Peter.
Due to the pandemic, no services will be held.
Virginia loved to help people. Remembrances can be made in her name to Heifer International, 1 World Ave., Little Rock, AR 72202.
Website Heifer.org 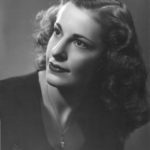 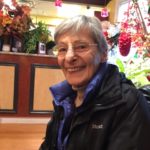 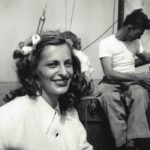 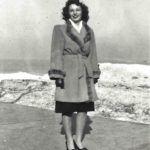 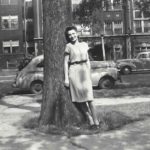 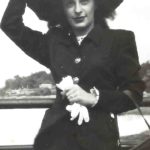 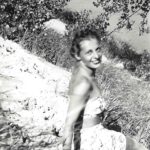 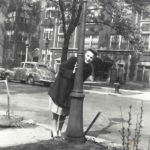 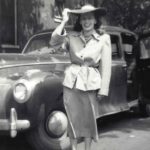 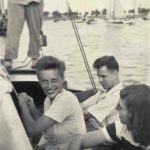 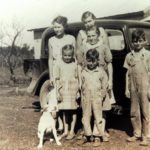 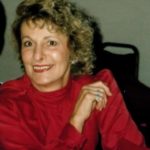