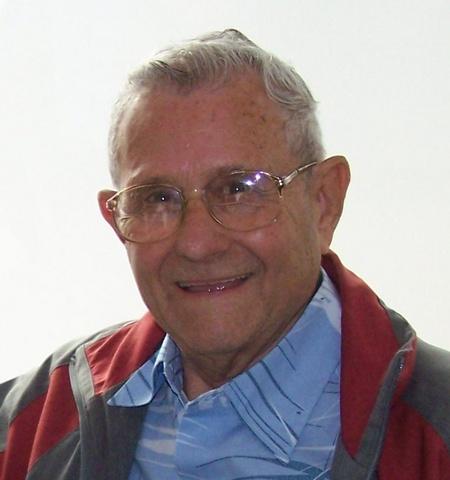 William F. 'Bill' Lewis of Fremont, CA, passed away May 26, 2012 at the age of 85. He was born in the small coal mining camp of Black Joe, in Harlan County, KY on December 30, 1926, to Sarah (Shell) and Logan Lewis. Bill joined the Navy at a very young age, at the end of World War II, and then joined the Army becoming a Paratrooper. He was a member of the 11th Airborne, parachuting behind enemy lines during the Korean War. He proudly served his country and was severely injured by a hand grenade in Korea. He was honored with a Silver Star with a V for Valor, the Bronze star and several purple hearts. He was extremely proud of his military service and record. While on flood duty in Marshalltown, Iowa he met and immediately fell in love with his wife of 60 years, Marilyn 'Jean' (Halladay) Lewis. After his service ended, they moved to California where their three children were born and raised. Bill is survived by his loving wife Jean, his two sons Terry (Mary Doleys), Lewis, of Fremont, Tracy (Robin Church) Lewis of Tracy, CA and his daughter, Lisa (Lewis) Palmgren of Naples, FL. He had four grandchildren, Jacob and Jackson Lewis, William 'Clay' Palmgren, and Hayley Palmgren. Bill was preceded in death by his son-in-law, Mark Palmgren of Naples, Florida. Bill loved to fish and taught his sons his hobby, spending many happy hours at Clear Lake, and then on the waters of San Francisco Bay. He was also famous for the gardens he and his wife tended every year, producing tomatoes, green beans, peppers and many other vegetables, along with numerous flowers. In spite of being legally blind due to macular degeneration, Bill walked everywhere he could, and was still able to maintain the garden and flowers. Bill was a family man through and through whose main joy was spending time with his wife, children and grandchildren. As those who knew him can attest, he was a strong willed individual who never met a stranger, and could converse with anyone on just about anything. Bill was a brave man his entire life and bravely chose to maintain his dignity until the end. He will be missed by all who knew and loved him, but most especially by his family. Funeral services will be Sunday, June 3rd at 12:00 p.m. at Berge-Pappas-Smith Chapel of the Angels, 40842 Fremont Blvd, Fremont. He will be laid to rest at Irvington Memorial Cemetery.