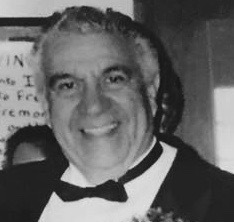 William John Dellaria, 90, a Fremont, CA residence since 1960, died Saturday, April 2nd, 2016. 'Bill' was the loving husband of Jean iris Dellaria for 67 years. He passed away after a short battle with kidney cancer. He is survived by his wife Jean, his daughter, Donna Dellaria, son, David Dellaria and is preceded by his eldest son, William J. Dellaria, Jr. Bill is also survived by seven grandchildren, and four great grandchildren. Bill was one of eleven children born in Pennsylvania in 1925. He worked for Prudential until his retirement. He was a US Navy veteran of WWII. Bill enjoyed being with family, gardening and was an avid Warriors fan. Private family services will be held.